← The previous owner did not pay. Can the municipality now cut off your electricity? Are you liable for historical arrear property rates on your property? →

17 September 2021
“I applied to my municipality to have the building plans for the extension of my garage approved. The municipality rejected my proposed extension on the grounds that it would be constructed over a servitude registered against my title deed in favour of the municipality. What is a servitude? Can I have it removed?”

A praedial servitude on the other hand is a right that attaches to the property itself (and not to a person) and even though a change in ownership may take place, this servitude will continue to exist and can only be cancelled by agreement between the parties. The most commonly known praedial servitudes are a right of way, pipeline servitude, electrical substation servitude, and so forth.

A personal servitude can be created by agreement between the parties but in practice it is mostly provided for in terms of a will in which a surviving spouse is given the right to occupy the property during their lifetime. A praedial servitude is mostly concluded by way of an agreement between parties which sets out the rights and responsibilities of each party as well as the consideration amount that the person in whose favour the servitude is to be registered, will have to pay the owner of the property. The consideration payable, is usually in the form of a lump sum, but the parties are free to agree on a monthly or quarterly payment, depending on the type of servitude.

The general rule is that both personal and praedial servitudes must be registered against the title deed of the property, mostly by means of a notarial deed between the owner of the property and the holder of the real right. The servitude agreement must be drafted and notarized by a notary public and registered in the Deeds Registry.

In your situation it would be advisable to contact your attorney to help you ascertain whether a servitude is registered against your property and to identify the type of servitude as well as any steps you can take to have the servitude removed. 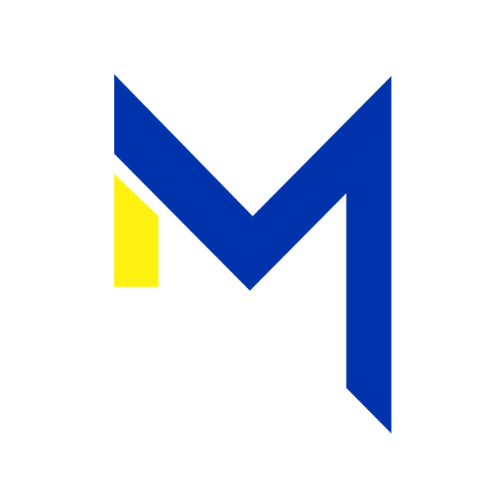 Who gets to choose the conveyancing attorney?

Who gets to choose the conveyancing attorney? 17 September 2021 “I’ve finally found a buyer for my property. I want my brother, who is an attorney, to do the transfer on the sale because then I know it will be done right and fast, but the buyer wants his attorney to...
Read More

Home Loan – What to do when you settle yours

Home Loan | ​What to do when you settle yours Home Loan Settlement can be a confusing process. We walk you through the Do's and Don'ts below. 17 September 2021 “After nearly 20 years I’m finally at the point where I’ve just about repaid my home loan. This has me...
Read More

Why must I, the purchaser, pay the transfer fees, but the seller can choose the attorney?

Why must I, the purchaser, pay the transfer fees, but the seller can choose the attorney? 17 September 2021“I’m buying my first property. I’m quite nervous about everything and a friend of mine who is a conveyancer said she would help me with the transaction. However...
Read More

Are you liable for historical arrear property rates on your property?

The previous owner did not pay. Can the municipality now cut off your electricity?

The previous owner did not pay. Can the municipality now cut off your electricity? 17 September 2021The municipality has notified me that it will disconnect my electricity supply because there are outstanding payments in respect of my property. However these...
Read More

Must I pay capital gains tax if I sell my house?

Beware the suspensive conditions in the offer to purchase

Beware the suspensive conditions in the offer to purchase 17 September 2021 “I’ve made a written offer on property that has been accepted by the seller. The offer was subject to the condition that I acquire a mortgage from a bank for the full purchase price within 30...
Read More

How about that ‘suspensive condition’?

​How about that ‘suspensive condition’? 10 September 2021 “I’ve bought and sold a few houses in my time and have always seen provision being made for a suspensive condition such as that the agreement is subject to a home loan being obtained. I’ve got the gist of what...
Read More

How to validly extend the period for getting your home loan approved 10 September 2021 “I’m trying to buy a house. The purchase agreement is subject to the condition that I obtain a mortgage bond within 30 days. My time is running out but I’m close to getting the...
Read More

What are the legal costs involved in buying a property?

What are the legal costs involved in buying a property? 10 September 2021   “My wife and I are considering buying a house. This is a big decision for us and we want to make sure we are financially prepared for all the costs and expenses involved in doing so. I...
Read More

We use cookies on our website to give you the most relevant experience by remembering your preferences and repeat visits. By clicking “Accept”, you consent to the use of ALL the cookies.
Do not sell my personal information.
Cookie SettingsAccept
Manage consent

This website uses cookies to improve your experience while you navigate through the website. Out of these, the cookies that are categorized as necessary are stored on your browser as they are essential for the working of basic functionalities of the website. We also use third-party cookies that help us analyze and understand how you use this website. These cookies will be stored in your browser only with your consent. You also have the option to opt-out of these cookies. But opting out of some of these cookies may affect your browsing experience.
Necessary Always Enabled
Necessary cookies are absolutely essential for the website to function properly. These cookies ensure basic functionalities and security features of the website, anonymously.
Functional
Functional cookies help to perform certain functionalities like sharing the content of the website on social media platforms, collect feedbacks, and other third-party features.
Performance
Performance cookies are used to understand and analyze the key performance indexes of the website which helps in delivering a better user experience for the visitors.
Analytics
Analytical cookies are used to understand how visitors interact with the website. These cookies help provide information on metrics the number of visitors, bounce rate, traffic source, etc.
Advertisement
Advertisement cookies are used to provide visitors with relevant ads and marketing campaigns. These cookies track visitors across websites and collect information to provide customized ads.
Others
Other uncategorized cookies are those that are being analyzed and have not been classified into a category as yet.
SAVE & ACCEPT